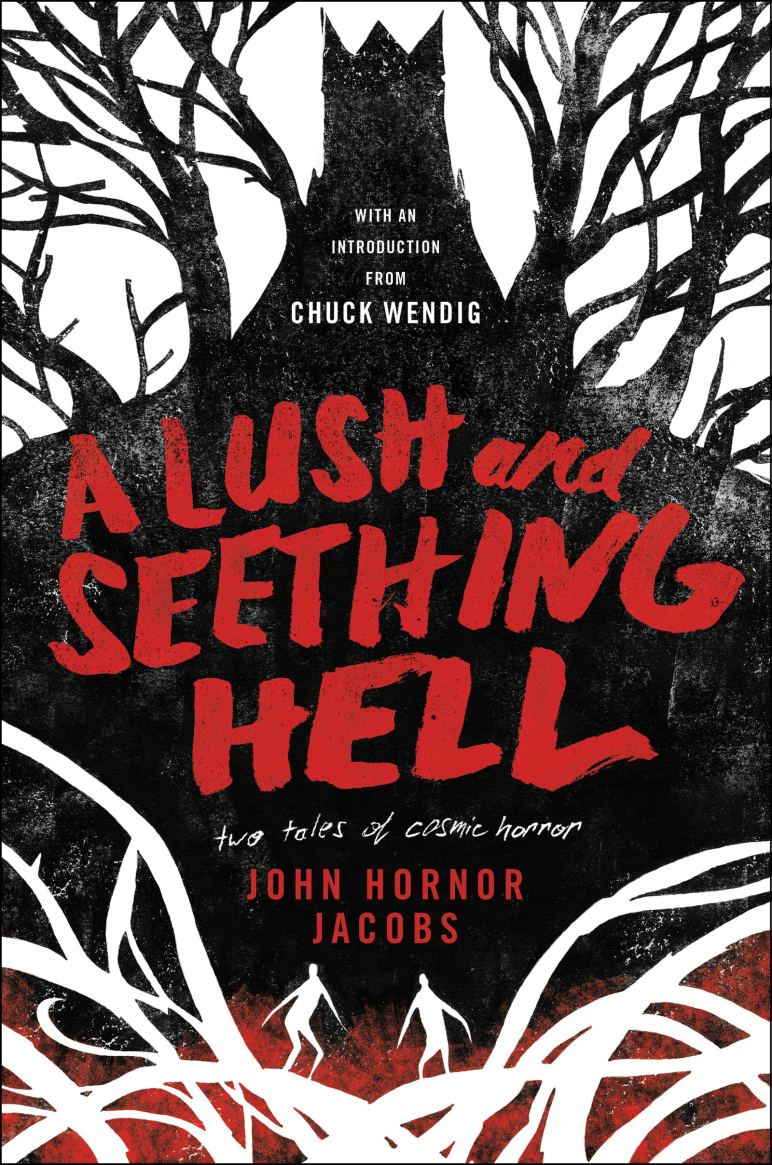 Only two more days to Halloween, my dearest readers! Did you happen to catch my review of The Remaking yesterday? If not, be sure to check it out!

Today, we’ll be jumping into a review of A Lush and Seething Hell by John Hornor Jacobs. See a theme? Well, there’s not one really. Besides the fact that both authors seem keen on using three names… like a serial killer or something…

This book is actually two novellas under one cover: The Sea Dreams It Is The Sky and My Heart Struck Sorrow. 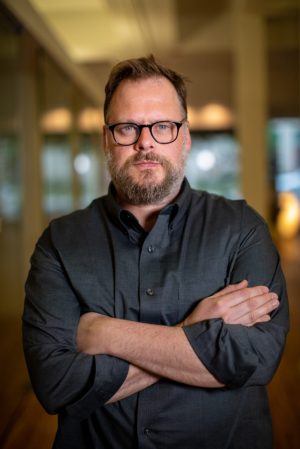 John Hornor Jacobs is an award-winning author of adult and YA fiction, he also works as a partner and senior art director at Cranford Co., an Arkansas advertising agency. His first novel, Southern Gods, was nominated for a Bram Stoker Award for Excellence in a First Novel and won the Darrel Award. Other works of his include: The Dark Earth, The Twelve-Fingered Boy, The Conformity, Infernal Machines, and Foreign Devils.

As I mentioned before, A Lush and Seething Hell is actually a combo of two novellas: The Sea Dreams It Is The Sky and My Heart Struck Sorrow.

“There are horror writers who plant you in the cemetery and show you the old grave where the ghoul resides. Then there are writers like Jacobs, who ditch many of the genre’s standard tools while staying true to its essential heart… These stories stitch Lovecraftian cosmic horror into terrestrial elements like murder ballads, and the result is a fiercely original and disquieting work. A must-have for any serious horror collection.” – Booklist, Starred Review

The Sea Dreams It Is The Sky is about a woman who is befriended by an old poet. He asks her to look after his apartment while he goes back to the South American country from which they both fled. If the fact the country was still under a dictatorship wasn’t bad enough, the protagonist discovers that maybe something darker, more disturbing is brewing back home. Despite everything, she goes after her friend and the reader gets to go along with her into a country of madness.

My Heart Struck Sorrow features a man who works for the Library of Congress and whose job it is to catalogue music. Still reeling from the death of his wife and child, the librarian is given a series of disturbing recordings of a song called “Stacker Lee”, made by a man who went mad. Reading the accompanying journal and listening to the music of the devil, the librarian finds himself following the same path of madness.

“A brilliant mix of the psychological and supernatural, blending the acute insight of Roberto Bolaño and the eerie imagination of H. P. Lovecraft, The Sea Dreams It Is the Sky examines life in a South American dictatorship. Centered on the journal of a poet-in-exile and his failed attempts at translating a maddening text, it is told by a young woman trying to come to grips with a country that nearly devoured itself. In My Heart Struck Sorrow, a librarian discovers a recording from the Deep South—which may be the musical stylings of the Devil himself.” – Harper Voyager Books website

I’ll review the novellas separately and give an overall score at the end. There won’t be any spoilers here so read ahead with abandon!

The Sea Dreams It Is The Sky was amazing. I think I finished it in one go, actually. The characters of Isabel (the protagonist) and The Eye (an ex-poet from the same war-torn country) were compelling and memorable. Jacobs is able to weave in the complicated history of the characters while pushing the reader down a twisted rabbit hole along with Isabel. The novella felt like it sped by as I followed the protagonist as she chased after The Eye in hopes of saving him, all the while haunted by the profane tomes she found in his apartment and the agents of some unknown force chasing her through the countryside.

The whole piece had a heavy Lovecraftian feel with a dynamic duo of characters. It was no surprise that this novella was nominated for a Shirley Jackson award. It’s only surprising that it didn’t win! It had all the aspects of what made a cosmic horror story so compelling, it had my heart clenched up in a cold fist and refused to let it go.

My Heart Struck Sorrow is the second novella and I didn’t enjoy it quite as much. It may have been the format. The tale is told through the eyes of the protagonist, Cromwell, as he reads through an old journal and listens to recordings of songs. The journal was Harlan Parker’s and he details his travels in the deep South as he makes records of blues songs.

Because Cromwell, and as a result the reader, is experiencing Parker’s terrible journey into madness through diary entries (leaning heavily on the whole unreliable narrator theme of course), it’s hard to really get a sense of urgency. The tale Parker tell us is definitely fascinating, don’t get me wrong. I enjoyed reading about his discovery of the Devil’s song and its origins, and what came of him after. But then we are left with Cromwell.

Parker’s story is the one with all the action. Cromwell doesn’t get to do anything in comparison. To me the story felt like it should have ended with Parker, and, as a result, I wasn’t really invested in Cromwell at all. After the beautiful start with The Sea Dreams It Is The Sky, it was a little disappointing to end on My Heart Struck Sorrow. Don’t get me wrong. My Heart Struck Sorrow wasn’t a bad novella at all. I did enjoy it and I’m glad I read it. It was still a masterful tale that outlined how heavy a person’s grief can be and what dark paths it can lead them down. However, it just didn’t capture me as effectively as The Sea Dreams It Is The Sky.

This is definitely a set of novellas I would recommend to anyone, especially if you are looking for a modern cosmic horror feel. Jacobs takes the genre and really plunges the reader deep into a fresh take of what it means to be helpless in the face of something greater, something older, and something dark. If you haven’t read any cosmic horror yet and are looking to for a good place to start, these novellas are what you want.

2 thoughts on “A Lush and Seething Hell: Book Review”